Months in planning, I am about to embark on a new adventure to Ndola, Zambia. What a wonder it will be to discover what God has in store.

Left Sacramento on JetBlue at 11:30 p.m and arrived in NYC Kennedy at 7:30 a.m. Next leg is the big boy – 15 hours direct to Johannesburg. We call this the Jeff Gladstone route as it’s the way Jeff went to Ndola last summer after staying to attend the Tim French  wedding. Not sure there are many direct flights longer than that.

Luggage luxury. Along with getting TSA-Pre, turns out I was able to check my luggage all the way through from Sacramento to Ndola. Wow. We’ll just have to see if it gets there.

First stop JFK. Arrived at Kennedy in NYC at 7:30 and walked to terminal 4 past the old 50s style TWA terminal which they appear to be tearing down. 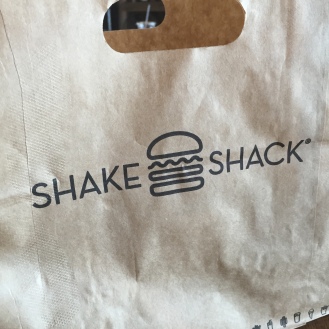 Spent some serious time trying to figure out what to have for breakfast and decided that a breakfast sandwich and chocolate shake from the Shake Shack was the best plan. Neither healthy nor cheap, but it sure was delicious.

JFK to Johannesburg – 14 hours of fun. The biggest treat was finding out that I had signed up for an exit row on the 14+ hour flight  from New York to Johannesburg and I literally had a full three feet of leg room. The 14 hour flight was not horrible. Slept some, worked some, watched two movies. That was about it. When it was all over, the flight was just about 14 hours and covered 8,76 miles.

The other great aspect of flying on South African was that I did not have to collect my luggage before getting on the flight to Ndola. I did have to pass through a passport control and a security checkpoint, but it was a breeze.

Johannesburg and the giraffe. We’ve flown through this departure gate area in Johannesburg each time we have been – it means the hardest part of the trip is over and Ndola is very close. I got a sandwich and crisps at the place we ate last year up above and waited for the flight which left at 10:20 a.m.

Next stop Ndola. The two and a half hour flight was uneventful and we arrived at 12:30. On the plane I saw Joanne Grienke from Impact last year and I knew that many of the others  had to be coming for the Northrise festivities, but I didn’t recognize any of them. When we arrived, there was a lot of commotion and as it turns out the President Lungu was arriving at the same time and rumor has it that he will be at the dedication ceremony on Saturday. It took awhile but I finally found Laston and us and a group from Baylor all headed to the Michelangelo. First time I have ever stayed there. 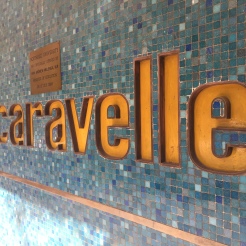 Walking to downtown Ndola. Once I got settled in to my room, I decided to walk down town to get some cash, go to Spaar and take on last look at Caravelle and the Savoy Hotel. Fun being the only white guy for miles while walking along the dirt should and getting very hot. Had to see that signature blue tile one more time.

Sneak Preview. Close to six we went out  to the campus to see the new building and participate in an evening men’s and women’ conference in the new Student Center. The men’s conference was taught by Ryan Goble and Lucas Cooper. 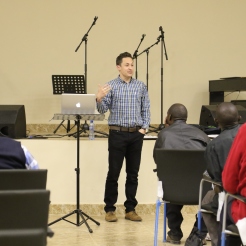 Lucas presented this amazing picture of the kingdom of God that was just what we all needed to hear. He is the pastor of Bayview Glen Church in Toronto. Supposedly it was AW Tozer’s church or at least it’s related denominationally.